The cross-border opportunity in high-growth markets 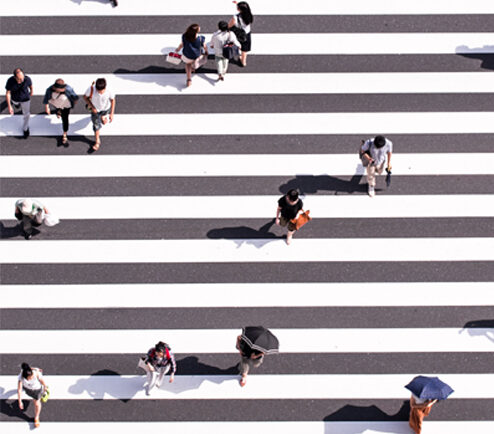 Global digital payments volumes are predicted to increase by an average 10.9 percent through to 2020, reaching nearly 726 billion transactions, according to the World Payments Report 2017 which was released in October. In turn, volumes generated by emerging economies are expected to grow by 19.6 percent, with emerging Asia (led by China and India), projected to grow 30.9 percent in volumes.

Similarly, while established markets like the US and the UK continue to battle it out to be crowned the hub of fintech innovation, if the last five years have taught us anything, it is that increasing levels of payments innovation are now occurring in all corners of the globe to meet the relentless global consumer demand for convenience – regardless of location.

Consumers purchasing behaviours have evolved remarkably in recent years and the global rise in smart phone adoption has only served to exponentially speed up this evolution. With this has also emerged a growing demand and expectation for cross-border trade, with a recent survey by Payvision finding that almost a quarter of respondents thought that m-commerce would be the ‘biggest game-changer’ for cross-border e-commerce.

Indeed, increasingly tech-savvy consumers the word over expect one-click convenience they’ve grown used to. They know frictionless payments are technically possible and they fully expect the market to cater to their demands regardless of whether they are shopping with a merchant based in the same town as them or 9,000 miles away.

However, the reality is cross-border trade has not yet caught up to this customer expectation, with a recent survey finding that while China is the top cross-border online shopping destination, only one quarter of its top retailers sell internationally.

The trade of goods across borders has been around since the days of barter and is often cited as being at the forefront of economic globalisation. Indeed, following the advent and uptake of mCommerce, cross-border now represents one of the biggest business opportunities available to merchants around the globe. Recent estimates have the cross-border market growing from $401 billion in 2016 to $994 billion in 2020. And nearly two-thirds of cross-border business is expected to come from high growth markets such as Asia and Latin America.

However, as is often the case, opportunities come hand in hand with challenges, and many determined merchants are being held back by cumbersome cross-border payment infrastructure and processes which are hindering their ability to meet and transact with potential consumers.

Attempts to offer a seamless cross-border experience are further complicated in high growth markets where alternative payment methods – which refer to payments made using something other than a credit card like cash, coupons, bank transfers, prepaid cards etc. –still represent as many as two-thirds of all payments. By way of contrast, in more established markets local payments preferences are still evident and prevalent. For example, in Poland the most popular payment method, used by 62 percent of Polish e-consumers, are real-time bank transfers called ‘pay-by- links’.

In order to break down these market nuances interoperability and open platforms are critical to the fintech companies, financial institutions and businesses that are trying to encourage cross-border trade and operate internationally.

The good news is we’re already seeing examples of regulators attempting to tackle these issues. In Europe, for example, the scheduled implementation of the Payment Services Directive 2 (PSD2) in 2018 aims to break down the bank’s monopoly on their user’s data. In short it will allow merchants to retrieve account data from a consumer’s bank with permission and is driving the emergence of a new payments ecosystem in the region.

At PayU we are also trying to do our part to make cross-border trade easier for merchants and consumers alike. Earlier this year we launched the PayU Hub platform. PayU Hub aims to use technology to solve the cross-border commerce challenges by using a single API integration to access to 2.3 billion potential new customers in the major high growth markets across Asia, Central and Eastern Europe, Middle-East, India, Africa and Latin America.

Rather than adopt a traditional cross-border model, using an international acquirer, PayU has redefined the way cross-border payments can be undertaken. PayU Hub’s hyper-local direct connections to local acquirers and direct connections to alternative payment methods sets us apart. Not only does it allow merchants to reach entire markets through alternative payment methods but it also improves customer experience.

For example, when a local consumer in a high-growth market like Colombia pays for their purchase with a credit card from a merchant using an international acquirer, their payment is automatically defaulted in instalments, which can be typical in the region. Local processing allows consumers to select the number of instalments and there’s no default, thus eliminating the issue.

Credit is another significant challenge for many cross-border merchants as there remains a reliance on traditional methods of credit authorisations. By way of example, merchants from mature markets are often hesitant to lower their risk threshold and rely on non-traditional payment verification models – which in turn can be intrinsically prohibitive to connecting customers and businesses with each other.

On the flip side, a consequence of the rise in smartphones is that it brings with it a corresponding rise in data regarding a customer’s spending and earning habits. As the amount of data increases, new techniques are being used to build credit intelligence and more accurately understand an individual’s credit rating. For example, AI and machine learning are being incorporated into credit models, enabling underwriting which uses thousands of variables all changing in real time.

At PayU we are developing and supporting these new techniques and their potential to unlock credit and financial services for underserved populations. Our record €110 million investment in Kreditech means that we have a joint partnership to create credit ratings and provide finance to people who may not otherwise have traditional credit histories.

With digital payments volumes continuing to increase worldwide coupled with the growth of cross-border trade predicted to more than double in under three years the opportunity to open up the trade of goods internationally is undeniable. However, if the predicted growth of cross-border trade is to be realised complicated and out of date payment infrastructure and processes need to be addressed – and it’s on the shoulders of the industry to do this.